Jagged Edge Communications’ latest media release, created on behalf of A NEW NAKI, following the release of their latest single, The Energy. 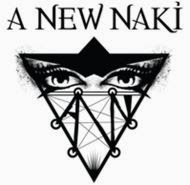 Brainchild of Gold Coast composer/producer Ben Jammin, A NEW NAKI is preparing for an overseas tour following the launch of its latest single, The Energy; a melodic rock ballad now available for free download from www.anewnaki.com.

A NEW NAKI has already garnered international attention, with independent radio stations giving The Energy airtime in North and South America. Overseas PR agencies have also recognised the band’s potential, reaching out to A NEW NAKI with plans to push The Energy out over commercial airwaves.

“The world needs more kindness and that’s what A NEW NAKI is spreading,” Jammin said. “Our music is an important component of something much larger; the Naki culture is one that collectively searches out knowledge and truth.

“We draw upon communication, science and spiritualism to seek answers to some of the more perplexing questions in life; ‘Who are we?’, ‘Why are we here?’, ‘Where did we come from?'”

Responding to demand, A NEW NAKI will tour South America in April 2015 to participate in a string of public relations opportunities, including a series of radio interviews.

Before heading to South America, A NEW NAKI will shoot the video clip for The Energy on the Gold Coast in early 2015, with the band having already called on thousands of Facebook followers for volunteers for the lead female role.

Fans and followers will also be able to contribute to the funding of a full-length album, with details of a crowd funding project to be announced at www.anewnaki.com in the near future.

A new day is dawning… An awakening … A NEW NAKI.